Charity Football Match Brings Dipper Back to the Boundary 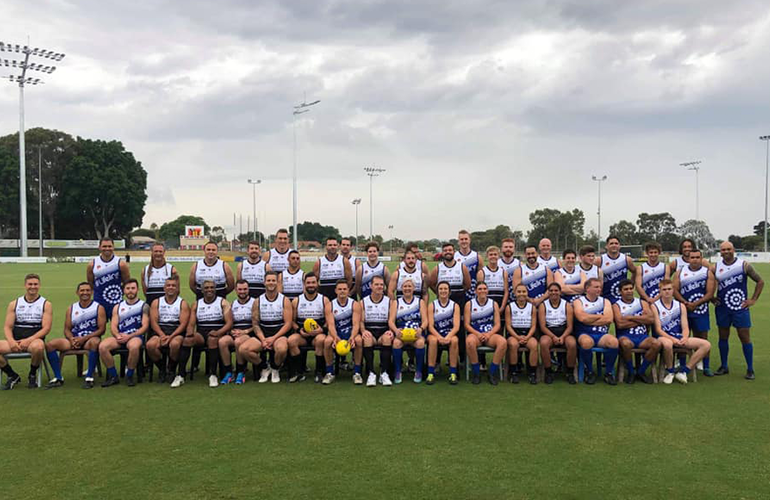 Special guest Robert “Dipper” DiPierdomenico will act as boundary rider for the Tackling Suicide Celebrity and Community Footy Match, presented by Outside the Locker Room in partnership with Lifeline WA.

A team of former AFL stars and celebrities will pull on their boots for the match, including Daniel Kerr, Ryan Crowley, Byron Schammer, Troy Cook, Drew Banfield, Drew Petrie and Adrian Barich.

Match proceeds will go towards training facilitators for Outside the Locker Room, a not-for-profit organisation which educates sporting clubs, schools and workplaces on issues such as mental health, drugs, alcohol, gambling and domestic violence.

The organisation was founded by former AFL player Jake Edwards, who was diagnosed with depression at the age of 19 and struggled with mental health issues after his football career ended.

“There are a lot of high profile former athletes who have spoken publicly about their mental health battles, both at the height of their careers and after they’ve retired,” she said.

“By speaking publicly about their struggles, it starts conversations in the community and helps reduce stigma around mental health and suicidal thoughts.

“We believe it’s particularly helpful for young people to see that their sporting heroes have opened up and sought help, and it’s ok for them to do it too.

“Several of the players taking part in this charity football match have spoken publicly about their mental health, and the event is another way of opening up a conversation.”

The event will be held at 4:30pm on March 9 and will feature bar facilities, food tents, kids’ activities and a DJ playing throughout the afternoon and evening.

The main game will follow the Youth Focus Curtain Raiser fixture between Perth Demons and Swan Districts at 1:30pm.

Tickets cost $5 for adults and a gold coin donation for under 16s. All welcome.