Helping Others Answer the Call on the Reason to Run 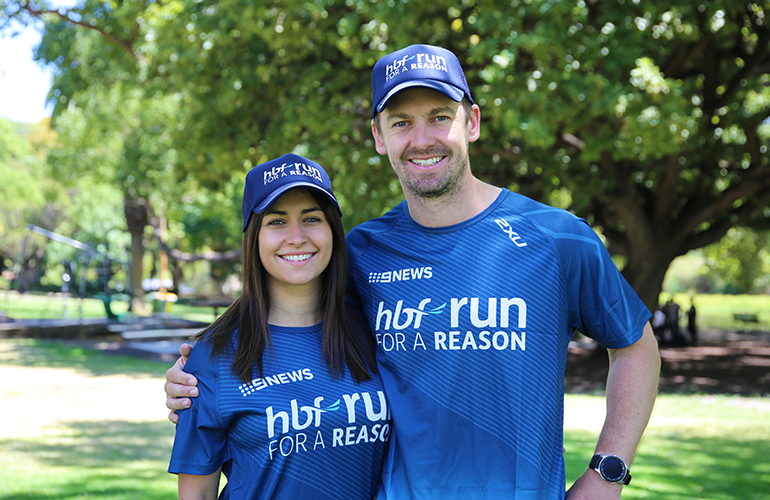 Thornlie resident John Migas is raising money for Lifeline WA in this year’s HBF Run for a Reason in
the hope of sparing other WA families the heartache of losing a family member to suicide.

Mr Migas speaks from experience, having lost his brother Stephen, a FIFO worker at the time, to
suicide in 2013.

“My family will never be the same but if I can help prevent anyone else from having to go through
what we have, then this would have all been worth it,” he said.

Mr Migas said his brother gave no indication anything was wrong before his suicide and encouraged
people to make use of services like Lifeline WA instead of suffering alone.

“I feel as though my brother didn’t want to burden his family with his own problems and didn’t want us
to worry so he fought his battle on his own,” he said.

“That is why I’m choosing to support Lifeline WA, because I want to share my story and encourage
others who are struggling to open up.

“I know of people who have tried to call Lifeline in the past but haven’t been able to get through, and I
couldn’t think of a better way for me to help than to raise much needed funds in the hope that these
unanswered calls become less and less.”

Lifeline WA is one of four charity partners of the HBF Run for a Reason, in which participants can
choose to run 4km, 12km or a half marathon.

The event, which is celebrating its 10th year on Sunday 19 May, travels from the CBD through
Burswood, Crawley, East Perth and surrounding suburbs before winding up at Gloucester Park.

Mr Migas said exercise had helped him deal with his brother’s death and he wanted to pay tribute to
him by running the 12km distance with his partner Tarnee.

“When you lose someone so close to you, I feel like you develop tools to help cope and for me that
was running,” he said.

“The HBF Run for a Reason is an ideal partner for Lifeline WA, given the proven benefits of exercise
on mental health,” she said.

“The event gives our ambassadors like John Migas a great way to raise funds for Lifeline WA while
also boosting their own mental health.”