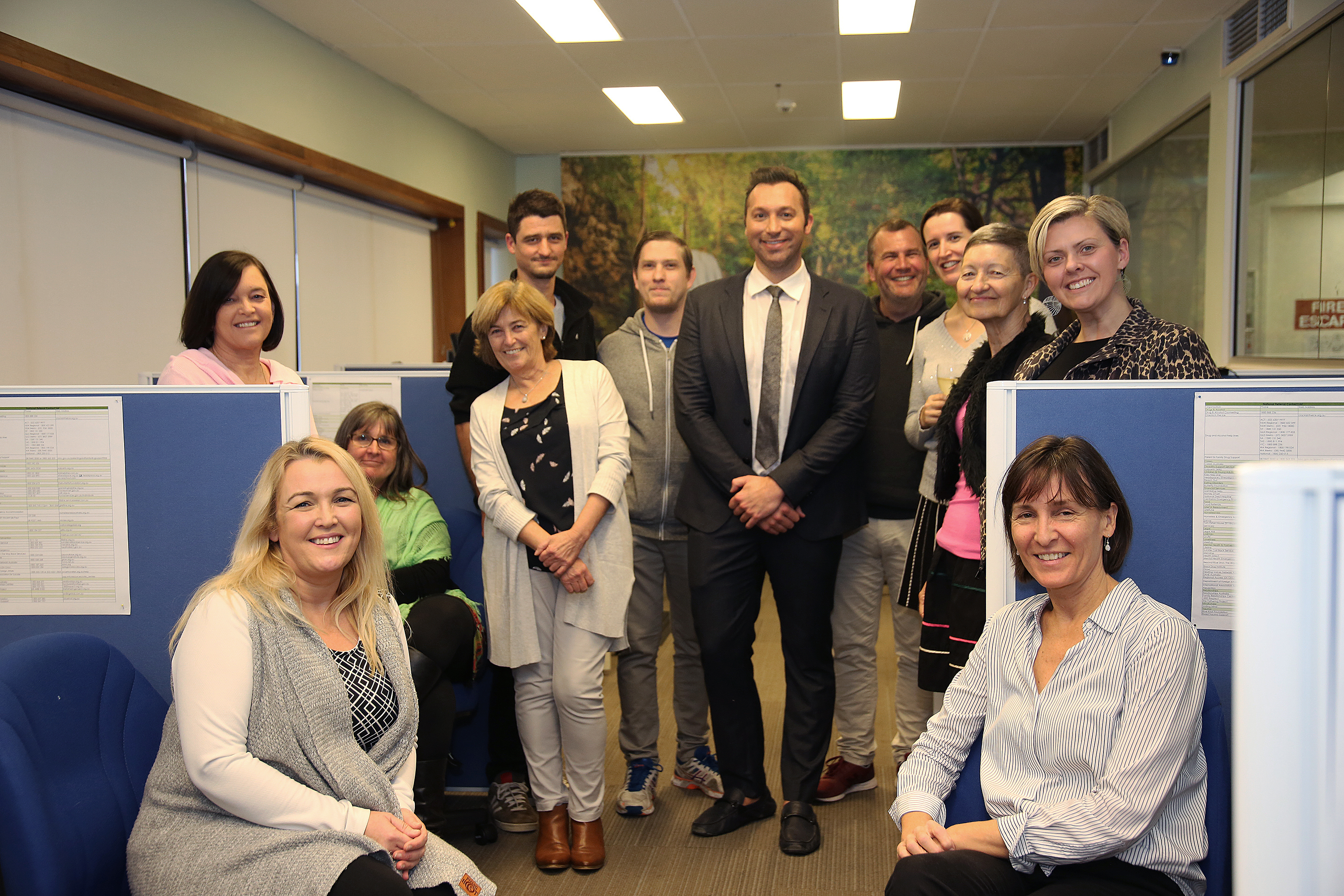 There are currently 193 trained telephone crisis volunteers, but only 15 of those were lucky enough to be at the organisation’s Northbridge offices for the visit.

Mr Thorpe spoke to the volunteers about the work being done around mental health concerns in sport and offered encouragement and gratitude to the team for their contributions to the community.

The retired swimmer stopped at the centre on his way to the Lifeline WA Black Diamond Gala Dinner on August 3, where he was the guest speaker.

Lifeline WA Chief Executive Officer Lorna MacGregor said that while Mr Thorpe’s visit had inspired the volunteers, they had returned the favour.

“We have such an amazing team of volunteers and it meant a lot to them that Mr Thorpe took the time to visit and see their work first-hand,” she said.

“But our team has inspiring stories of their own and I daresay Mr Thorpe gained something from the experience as well.”

Natalie Martinovich has volunteered with Lifeline WA as a life and career coach for a year and said the visit was a hit with the volunteers and their families.

“It was a great opportunity to show Ian how our crisis support centre works, hear some of his stories and share our own,” she said.

“We had some young teenaged swimmers come with their aunt who were super excited to meet Ian.”

Ms Martinovich lauded Mr Thorpe’s willingness to speak publicly about his own issues with mental health and hoped it would encourage others to do the same.

“Having high-profile people like Ian talking about their own struggles with Mental health Sends a message that it’s ok to not be ok and may encourage people to talk about their own situation and ask for help,” she said.

Ms MacGregor said well-known athletes were ideal ambassadors for suicide prevention because they could appeal to the most vulnerable demographic.

“Suicide is the leading cause of death for Australians between the ages of 15 to 44, which means, on average, eight Australians take their own lives every day,” she said.

“Lifeline knows that suicide is preventable if people get the right support, and part of that is having someone to talk to.”

The money raised at the Black Diamond Gala Dinner will go towards training more crisis volunteers.