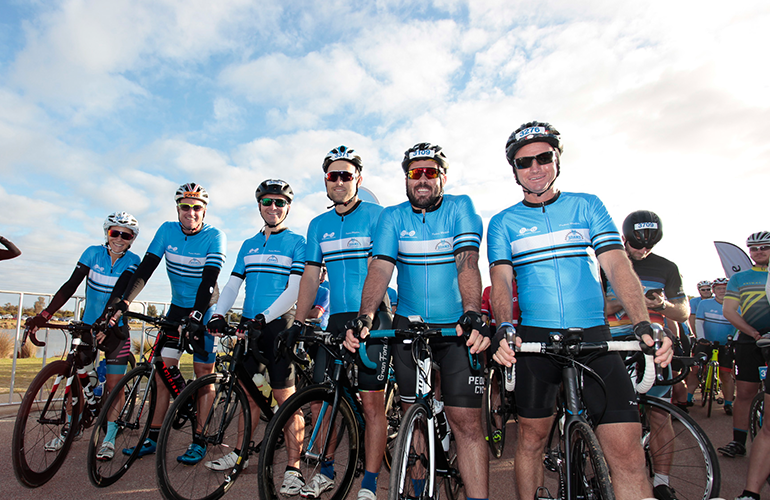 Bicycling WA (BWA) has announced Lifeline WA as the charity partner for the 2 Dams Challenge – a 53 kilometre bike ride from Champion Lakes to Churchman Brook and Canning Dam.

The event, which is in its 9th year, is expected to attract around 2,000 cyclists.

“As part of our couch-to-2 dams campaign, we are asking West Australians to get off the couch and on their bike, to set a challenge for themselves and commit to a training regime,” he said.

“Training for an event like this has so many health benefits – both physically and mentally.

“The 2 Dams Challenge is a fun ride, while the 3 and 5 Dams challenges are an awesome test of physical and mental strength and endurance.”

“Research has long shown the positive correlation between mental health and exercise,” she said.

“Self esteem, depression, anxiety and stress are all positively affected through exercise.

“Cycling also provides social benefits because cyclists can train with like-minded people, where they can talk, bond, and get things off their chest.

“Lifeline WA is excited to be the charity partner of such a fun and challenging event and encourages anyone interested in cycling to give it a go.”

A special training program has been developed by leading cycling coach and Managing Director of the Exercise Institute, Brad Hall, and is available to anyone who registers for the 2 Dams Challenge.

The training program is designed to coach novice cyclists to establish a fitness base, improve their riding skills and set goals in the three months leading up to the event.